Shareholder activism – activists using an ownership position to actively influence company policy and practice – has become more common and complex. Hence, it is increasingly important for boards and executive managements to frequently and actively engage with investors in order to minimize the risk of significant discrepancies between the market’s perception of a company’s value and its true value. However, an activist’s agenda may be not only financial, but also structural, ESG or governance-related.

Today’s activists are typically highly-informed shareholders with focused portfolios. They have become very sophisticated, increasingly leveraging their activities via traditional and digital media including by retaining several advisers in relation to their engagements with companies.

In addition, large international and domestic institutional shareholders are increasingly working behind the scenes with activists regarding their agendas to enforce change. Activists, however, may in certain situations also be characterized as shareholder friendly seen from an overall shareholder perspective. Hence, dealing with activists often requires finesse as any wrong steps may forcefully backfire on the company and its management. Preparing well in times of peace typically provides the best defense against activists.

A defense against activists may consist of a well-orchestrated IR and media campaign based on tightly run logistics and coordination among the company and its external advisers, engaging with relevant shareholders and other stakeholders, as well as the use of and interaction with domestic and international media, social media, video and other channels.

In certain situations, Reliance may also advise activist investors in connection with their campaigns against Danish companies.

At Reliance, we know how activists work and operate, and we help clients navigate and mitigate the challenges of shareholder activism. We operate at the tactical, operational, and strategic levels, and our services range from analyzing a company’s weaknesses and the risk of activism; preparing a 360-degree defense; creating appropriate messaging; engaging with activists; and ultimately to a full proxy fight. When dealing with shareholder activism, we typically work closely with relevant investment banks, legal advisers, as well as international communication advisers and in-house communications specialists. Depending on the project, Reliance may also involve highly-experienced communications advisers in our extensive international network to interact with international media.

Our areas of advice and expertise include: 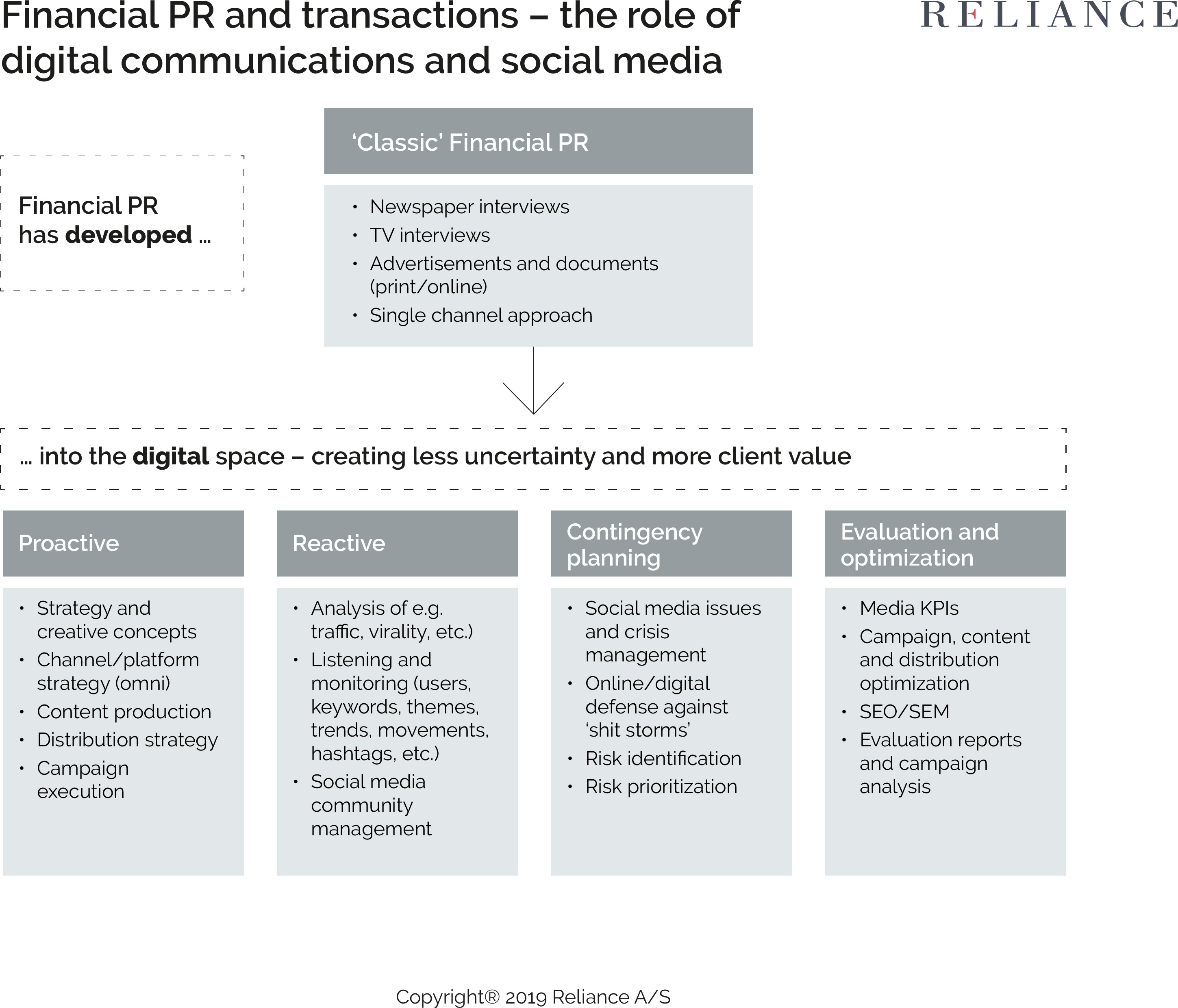